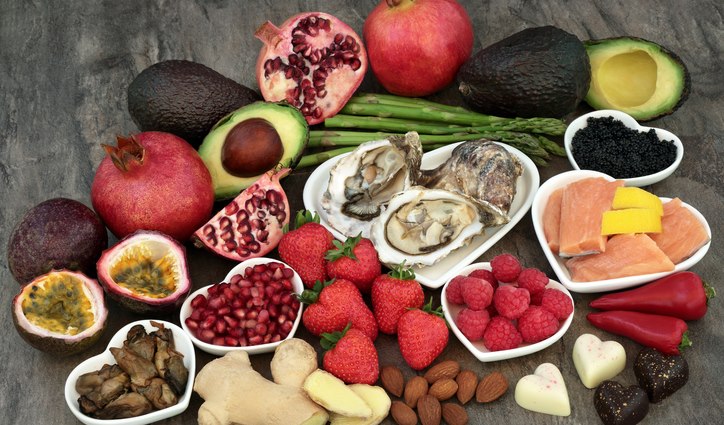 Foods and Herbs For Boosting Libido and Developing Sexual Prowess

Strong libido, sexual vigor, and fertility are an indication of good, overall health. There are many herbs which have been considered interesting for boosting bedroom performance. In a former post, 3 Major Herbs Partner With Cordyceps And Improve Performance and Fertility, you may have already learned something on this subject. Here you will learn more.

Foods Shown to be Beneficial In Boosting Fertility.

Tomatoes contain an antioxidant called lycopene which has been shown to boost sperm motility as well as the overall sperm structure. Lycopene is also helpful with keeping a healthy prostate.

This delicious berry contains quercetin and resveratrol both of which have been found to improve the quality and motility of sperm. Take a look at our recipe for the Optimal Blueberry Coconut Smoothie!

This refreshing fruit is said to have a viagra-like effect in aiding against ED. It contains citrulline and L-arginine which both aid in blood circulation. As an added bonus it also contains Lycopene which we discussed earlier. Be sure to check out our fantastic recipe for the Alpha Watermelon Blast Smoothie!

Not only are these mollusks an aphrodisiac but they are also loaded with zinc.

This tasty treat is high in antioxidants which help get rid of free radicals in the body that can contribute to male infertility. Don’t forget to check out our recipe for Reishi Chocolate!

This root that keeps vampires at bay actually helps with blood flow and protects against sperm damage with the aid of the antioxidant Selenium.

It may make urine stink, but it is loaded with Vitamin C.

Go nuts for these nuts! They are full of Omega 3 fatty acids.

Essentially, science and tradition together have narrowed down a lot of exploration and study to a listing of a handful of strong contenders to help answer the question, “Which precise herbs are the most likely to help with performance?”

While there are a lot more herbs and botanicals that could possibly improve sexual health, according to science, the following number among those with the greatest reputations:

The use of Epimedium as a medicinal herb dates back to at least 400 A.D. It had been used as a tonic for the reproductive system (to boost libido and treat impotence) and as a “rejuvenating tonic” (to relieve fatigue) that balanced hormones (testosterone, estrogen, and cortisol).

Cistanche or Rou Cong Rong is one of the safest traditional Chinese herbal remedies for impotence and infertility. In traditional Chinese medicine, Cistanche is regarded as a yin or jing enhancer which means it increases the flow of blood to various parts of the body. Those parts include the genitals which are why it has traditionally been used to enhance sexual performance in China.

Considered a powerful aphrodisiac, this Ayurvedic remedy (more commonly called velvet bean) has evidence of marked effects on men’s hormones. In one study, the plant notably improved stress among men, as well as their fertility. (Of note, the test subjects were 60 years old!) The plant apparently may have an enormous impact on both sperm quality and mobility for the better. Tests show that it also may help to boost testosterone naturally by stimulating the body’s production methods.

Chinese herbal medicine has long hailed the dodder seed as a superior herb used in tonics. Semen Cuscutae is a Jing & Chi Tonic especially used for sperm health and as an anti-inflammatory. Semen Cuscutae is ideal for men and women alike since it is a reproductive health promoter. It is popular for its anti-aging properties and is for people who wish to improve their vitality and immune systems. The seed is also useful for people afflicted with urogenital ailments, especially those with kidney problems.

Scientifically called Eurycoma longifolia, Tongkat Ali has earned well over a dozen nicknames throughout the centuries in various regions in Asia. Some of the most common ones are Long Jack, Tongkat Ali, and Pasak Bumi, though there are many, many more, and all in different languages. It has even earned the English title “Malaysian ginseng,” which gives an exciting sneak peek at all that the plant is fully capable of in the health realm. But while it has garnered so many different names, it hails from just one corner of the world—Southeast Asia.

Tongkat Ali only grows natively in the countries of Indonesia and Malaysia, though it has also been found growing in India, Malaysia, Laos, Thailand, and Vietnam. Modern research today finds that its true prowess may be found in the world of reproductive function, fertility, and hormonal balance, especially for men. A 2010 study of men who took Tongkat Ali found that the plant measurably improved sperm health on three different levels: Motility, quality, and even concentration and volume.

Known as the “Herb of Kings” in China, Black ant extract, while officially an herb, is a whole food nutritional supplement of the highest degree. Providing a full nutritional base, antioxidants, anti-inflammatories and more in concentrated amounts there are few, if ANY, natural whole food supplements which can compare. Polyrachis Black ant becomes the #1 Highest Bio-Available source of Zinc in the natural kingdom when concentrated into an extract form as ours is. Raw Black Ant powder contains 120mg-180mg of zinc per 1000 grams! When concentrated into an extract this concentration goes up dramatically.

Zinc is critical to male health on all levels. It is the single most important mineral in the male body as a result and deficiencies can come easily. Hair Loss, brittle nails and skin issues are some of the cues that a zinc deficiency is occurring. Another factor to watch out for is sexual excess. If a man is frequently having sex or masturbates over three times per week, he can experience a significant loss of zinc. Zinc increases testosterone levels which improve energy, vitality, lean muscle mass and of course sexual vigor.

The following video discusses some of the health benefits that are derived from positive sexual relations:

Traditional Chinese Medicine has long been known for its prowess in combining herbs for all sorts of concerns. Through the following video, you can learn how to improve your sexual health using TC Medicine:

A Great Way To Start Your Day …

To you coffee drinkers out there, here’s a delicious Libido Boosting Coffee Recipe:

All the herbs mentioned in this and other posts can be obtained easily from VitaJing Herbs or Harmonic Arts. They are perhaps your best sources for the highest quality herbs and such with the effects and potency you desire.

You can also obtain a fantastic “Alpha” formula complex which includes several other fabulous herbs not mentioned here, but that will also “do the trick”! Read about it here. 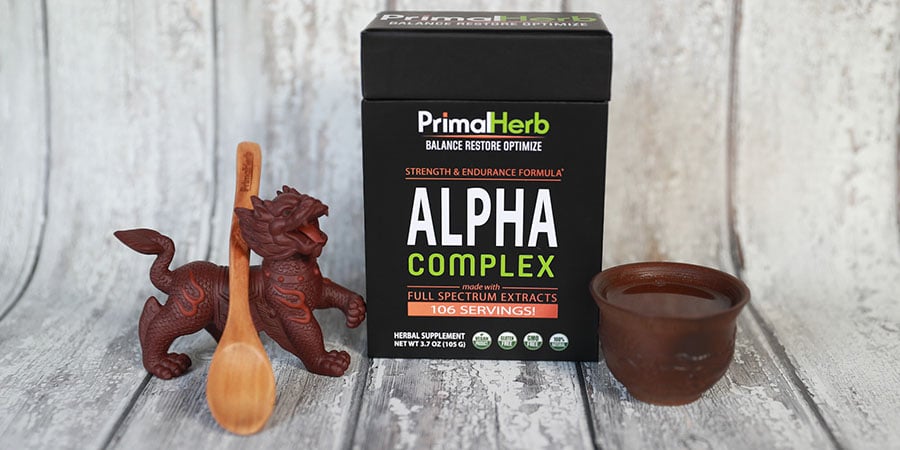