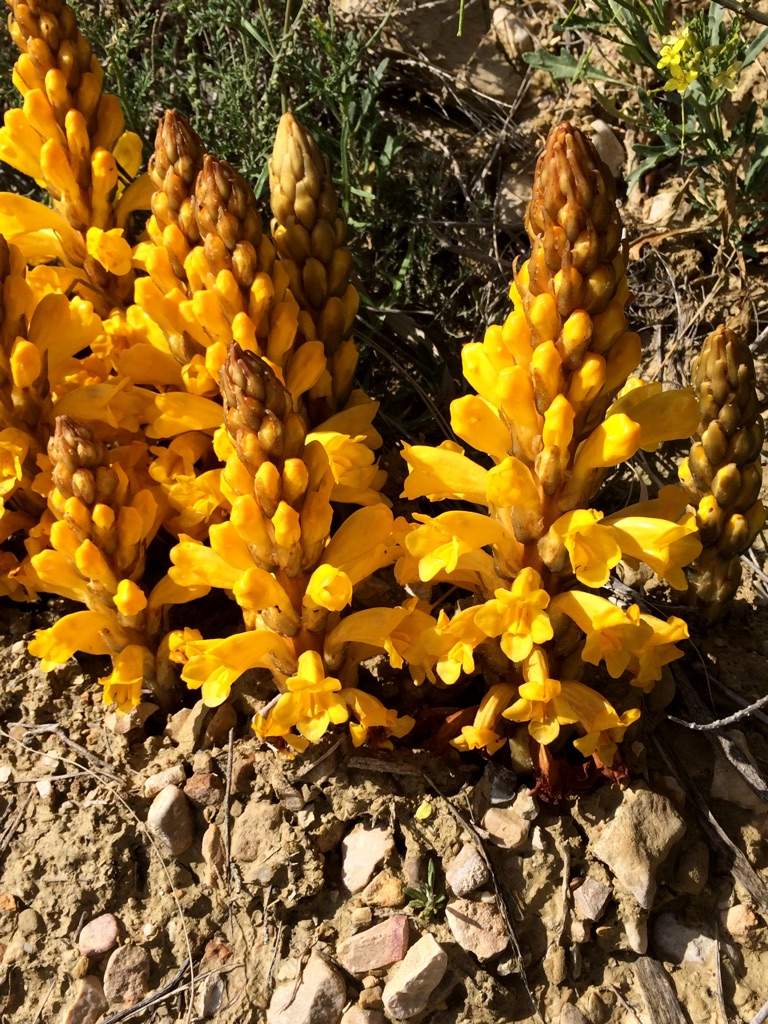 Find a plant stranger or more interesting than Cistanche tubulosa, and we’ll write about it here also. But, for now, this fascinating antioxidant is our top hit. Unfortunately endangered, this curious plant is a “secret weapon” with many health benefits. Its usage goes back 1800 years in its native region of northwestern China, similarly to ginseng in the desert regions where ginseng wasn’t locally available. Today, researchers are still discovering its fascinating advantages.

Cistanche is called many different names. Its Latin names are Cistanche tubulosa, Cistanche sinensis, Cistanche sala, and Cistanche deserticola. It is the Chinese variety (Cistanche deserticola) that is especially imperiled. Fortunately, there are those other species of the plant in the genus Cistanche that grow also on our planet. It is named Rou Cong Rong by the Chinese and also nicknamed “ginseng of the desert.” It was even given the nickname “Methushelah’s Breakfast” in remembrance of the biblical character who lived until the ripe age of 969!

Cistanche deserticola grows in the Taklimakan desert region of Xinjiang Uyghur Autonomous Region in northwest China. It and its relatives are parasitic plants that extract water and the nutrients that it needs from the roots of a host plant because it can’t synthesize chlorophyll from the sun like most plants. The herb is recognized by its bright yellow columns of flowers that poke up just above the sandy ground, making them quite the sight to see in an otherwise barren landscape. 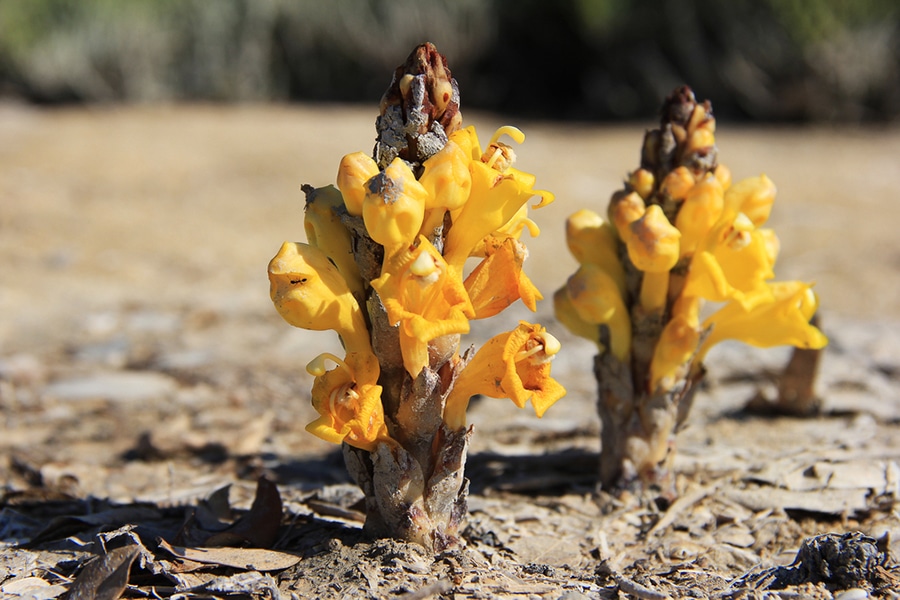 In ancient times, Chinese healers looked to Cistanche as a sort of all-around replenishing tonic. This topic was discussed in a previous post where some top Chinese herbs were disclosed. Cistanche works to strengthen the body’s natural systems, and its amazing antioxidants can benefit the entire body.

In TCM, Cistanche is a top-notch yang tonic. Translated to modern standards, yang tonics are adaptogenic antioxidants. Adaptogens are herbs and botanicals that may support restoring function to the body’s organs at its most minute levels. They especially benefit in terms of energy, immunity, and inflammation.

When Cistanche started earning interest through research and studies, the plant’s antioxidant properties became its most recognizable asset. A 2016 pharmacological review of the herb named it a potent antioxidant, able to promote healthy cellular function (especially in mitochondria). Researchers found that it encouraged the body’s production of its own natural antioxidant stores, namely, glutathione.

Three years earlier, a 2013 study of Cistanche found it was a powerful antioxidant as well. The antioxidant power was so strong it could reverse risks for certain heart diseases.

That same year, another study demonstrated its antioxidants helping regulate blood sugars and fats. The initial findings of these studies make it ripe for further research as an anti-diabetic.

Though research cannot yet prove that Cistanche can fully stop heart disease or diabetes, nonetheless the studies so far attest to its strength as an antioxidant.

But scientists have been surprised by some of the research and tests that are revealing that the herb has other properties which help the immune system in other unique ways. In a 2014 study of Cistanche, for example, scientists uncovered the presence of echinacoside. These constituents were once thought to only be present in echinacea (Echinacea angustifolia, E. purpurea, and others).

Researchers that studied echinacoside thoroughly in echinacea found that it works as an immune booster, immune regulator, and a good remedy for colds and flu. This means Cistanche is powerful for immunity in a way that has always been thought to be unique only to echinacea. Cistanche may help reduce the duration of colds and flu, though more research must be undertaken to attribute this effect in Cistanche specifically.

Another benefit of Cistanche that branches out from its antioxidant abilities is that it might even help increase lifespan and reduce the effects of aging!

Aging can instigate slowed immunity, more weakness, and a higher tendency for dis-ease. But it can also manifest weathered skin, wrinkles, cognitive struggling, and even lower energy.

Luckily for us, studies show that Cistanche could help in old age. The 2014 study that looked at the echinacoside in the plant also showed that it improved cognitive function. It could even possibly reduce the chance of Alzheimer’s syndrome and dementia. There also showed to be hope in the actual treatment of dementia and Alzheimer’s. A study earlier in 2013 on patients with Alzheimer’s found that Cistanche improved their symptoms, including the improvement of memory. This could make it similar to other famous nootropic remedies like Lion’s Mane or Reishi.

These studies propose that Cistanche could very well be a fantastic supportive agent in therapy one day. However, for now, it fares well as a supplemental “food” that could help reduce the risks that come with aging.

Legend holds it that Genghis Khan took Cistanche every day. Beyond wars the damage he inflicted, he is well-known for the large number of children he fathered. In fact, it is believed that 16 million men today are direct descendants of Genghis Khan! Whether he actually took Cistanche or if he fathered as many children as rumored, a science attests to the power of Cistanche when it comes to male performance. It has long been used to support drive and desire in men.

Another study from 2016 found researchers were able to elicit a response in castrated rats who ate Cistanche. Their findings, in the words of the study’s authors, indicated that “the herb was able to illicit desire and modulate hormone levels”.

Although these studies were in animals, they do appear to vindicate the traditional use of the herb to increase male performance. One study in 2012 studied Cistanche with other herbs to treat performance in Thai males. The study found it to be effective and well-tolerated. However, because researchers studied Cistanche along with other traditional herbs, it’s not possible to tell how effective Cistanche really is on its own. More research needs to be done, but studies do point to Cistanche as very supportive of men who want to increase their sexual performance.

As a potent antioxidant and immune booster, Cistanche recovers lost energy on a wholistic level by restoring cellular function and improving immunity. But Cistanche also empowers energy levels in a whole other way beyond those as well.

A 2016 study of Cistanche showed that the herb could possibly protect cells within the muscles of the body after exercise. It does this by helping the body better store energy in the form of ATP specifically. ATP stands for adenosine 5’triphosphate and is a crucial organic chemical in the body.

ATP is considered by scientists to be the “crossroads” of energy use and storage. The more the body has it and stores it up, the more on-demand energy it has ready-to-go in general. Therefore, the more ATP a person has, generally the more “energetic” a person is in all aspects of life.

The way that Cistanche can do this is through its antioxidant function which protects against cellular degeneration in the muscles. This reduces the chances of damage to the muscle and thus allows more successful storage of energy within them for long periods. While research still has a lot to explore and prove in this department with this herb, the outlook for energy-boosting is quite positive.

Anti-aging, immune-boosting, energy recovery, enhanced cognitive function … The list goes on and on for what Cistanche may be able to support within the realm of wellness. Perhaps most amazing of all, Cistanche may be able to improve issues like stress and depression. Because the plant appears to help with cognitive function and memory, it seems to exercise power over the nervous system in general. This includes issues with mood.

In a very recent 2017 study on mice, Cistanche was used for combating depression symptoms. Results showed that it helped the brain increase the production of dopamine in response to depression-inducing conditions and stress. By that same science, Cistanche could also be a helpful remedy for anxiety. Much more research is needed, though, in all these areas before it can be called such. But once again, this help may all be owed to the herb’s antioxidant capacity.

Cistanche protects more than heart tissue, muscle, nerve damage, and immune system from free radicals and inflammation. It could very well likely protect the brain and nervous system from the same, too. This, in turn, could be a huge factor in reducing the chances of depression, once more studies are established.

Researchers are only beginning to understand the importance of “the gut” in mood regulation and how our microbiome contributes to mental health. As the studies above with depression, researchers, in a study in 2018, were able to use Cistanche as an anti-depressant in rats. However, they were able to do so it seems because the herb altered the gut microbiome. Rather than producing chemicals needed to alleviate depression, Cistanche worked because it returned balance to the gut affected by stress.

Although only limited to animal trials so far, Cistanche’s gut-healing effects could be a tool to help improve mental wellness.

Get the purest form of Cistanche to harness its great health benefits. Cistanche’s health effects have been amplified by including it together with some of the most potent natural ingredients for increasing energy and numerous other “health hacks”. “Superfoods” including:

These ancient ingredients that our ancestors have known to impart vitality for thousands of years are available to you now in this splendid herbal formula. Have the energy you need to accomplish your goals “on-hand” and perform at your highest level! 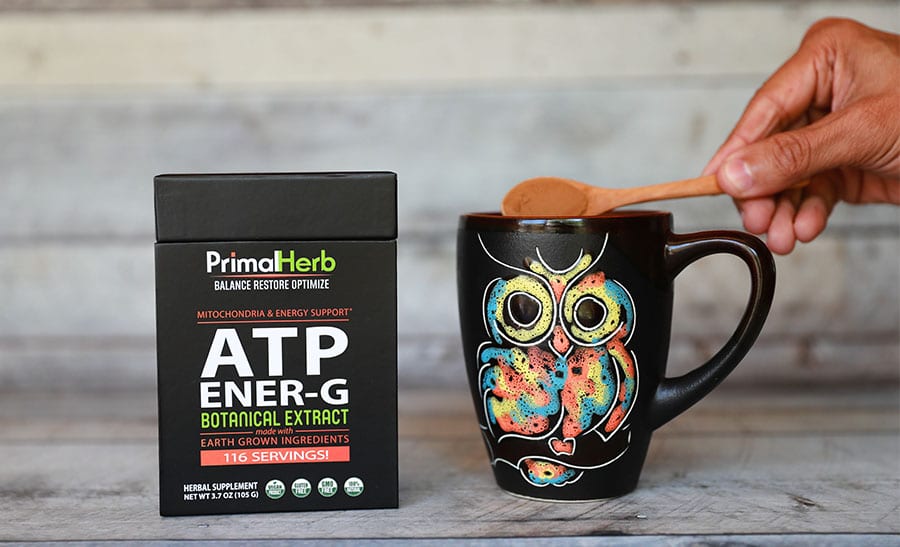 Each herb was chosen for its proven effectiveness, safety, research, and historical use.

Cordyceps
For strong ATP and mitochondrial support that gives this formula its primary energy punch. Cordyceps boasts the strongest research for ATP-boosting abilities, so it had to be included as ATP ENER-G’s principal actor.

Prepare for antioxidant protection, increased metabolism, stronger physical performance, and better energy endurance (and less fatigue) than ever before, along with some immune protection and mood-improving qualities to boot.

Siberian Eleuthero
Eleuthero comes in next as ATP ENER-G’s second-in-command re-energizer. While research hasn’t yet established a solid connection between this ginseng-like herb and ATP activation, it nonetheless has a reputation for stellar research on its ability to pull up energy by its bootstraps.

With the inclusion of Eleuthero in the mix, energy levels will not only be better, but they’re scientifically proven to last longer with the help of this Asian remedy.

Cistanche
Eleuthero and Cordyceps will help pump up physical energy, while Cistanche makes sure that mental energy levels are running high as well. If forgetfulness, brain fog, difficulty concentrating, and even mood imbalance are all connected to low energy issues, this desert adaptogen can give the body a pick-me-up.

Studies also show that it gets to the heart of energy issues, helping reignite floundering mitochondria and ATP function.

Green Tea Extract
Finally, green tea extract is included because of its rich catechin content. Even better, you can be ensured that the most powerful, well-studied catechin is extracted into this blend for the best energy revitalization of all: epigallocatechin gallate, or EGCg.

This guarantees that the green tea brought into the mix will be chock-full of the very best antioxidants and metabolism-boosters to keep energy high, protect DNA and mitochondria, help reduce free radical damage, and put an end to feeling like the tank is “always empty.”

ATP ENER-G also includes piperine, the active alkaloid chemical found in the rinds of black pepper fruits (or corns). This compound immediately increases the bioavailability of all other powerful plant compounds added to this blend – so you can really feel the difference!